10 Facts You Didn’t Know About Waste

It is easy to throw your trash or recycling away and forget about where it goes. If we put more thought into the impacts of our actions, we will have a greater understanding of how our waste is leaving an impact on our environment. Want to begin your deeper understanding of waste right now? Awesome. We have created a list below of 10 facts you may not have known about waste.

3. Ever think about the waste produced during clothing production? The waste rate for clothing fabric is 15%.

5. “More than 70 percent of the world’s population uses secondhand clothing. About 50 percent of collected shoes and clothing is used as secondhand products. Meanwhile, 20 percent is used to produce polishing and cleaning cloths for various industrial purposes, and 26 percent is recycled for applications such as fiber for insulation products, upholstery, fiberboard, and mattresses.”

6. 80 billion pounds of food is thrown away each year in the US. This is equivalent to 1000 Empire State Buildings.

7. Did you know that annually, over 76 billion pounds of food ends up in the landfill from everyday household trash? This ends up representing 22% of municipal solid waste found in landfills.

8. According to the U.S. Department of Agriculture (USDA), it is estimated that annually, $161 billion is wasted due to food loss by retailers and consumers.

Bonus: Did you know that landfills are the third-largest source of human-related methane emissions in the United States?

As you can tell, waste is a huge issue that isn’t often talked about. That’s why, at Waste Free Earth, we believe it is important to continue to think about waste in a broader sense, and work towards zero-waste behaviors whenever we have the ability to do so. If you are interested in learning more about how we incorporate zero-waste behaviors within organizations, take a look at our services here. 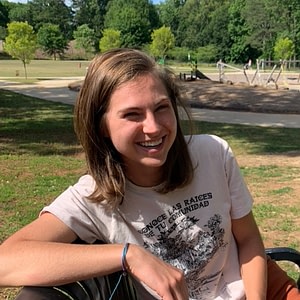 In her free time, Kate loves to do yoga, climb, hike, and spend time with friends. At UVM she’s involved in the climbing team, food recovery network, and an employee at the children’s center.
Read more 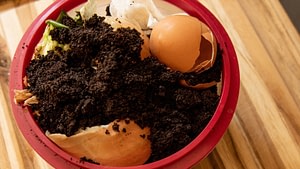 Our Commitment to Black, Indigenous, and People Of Color